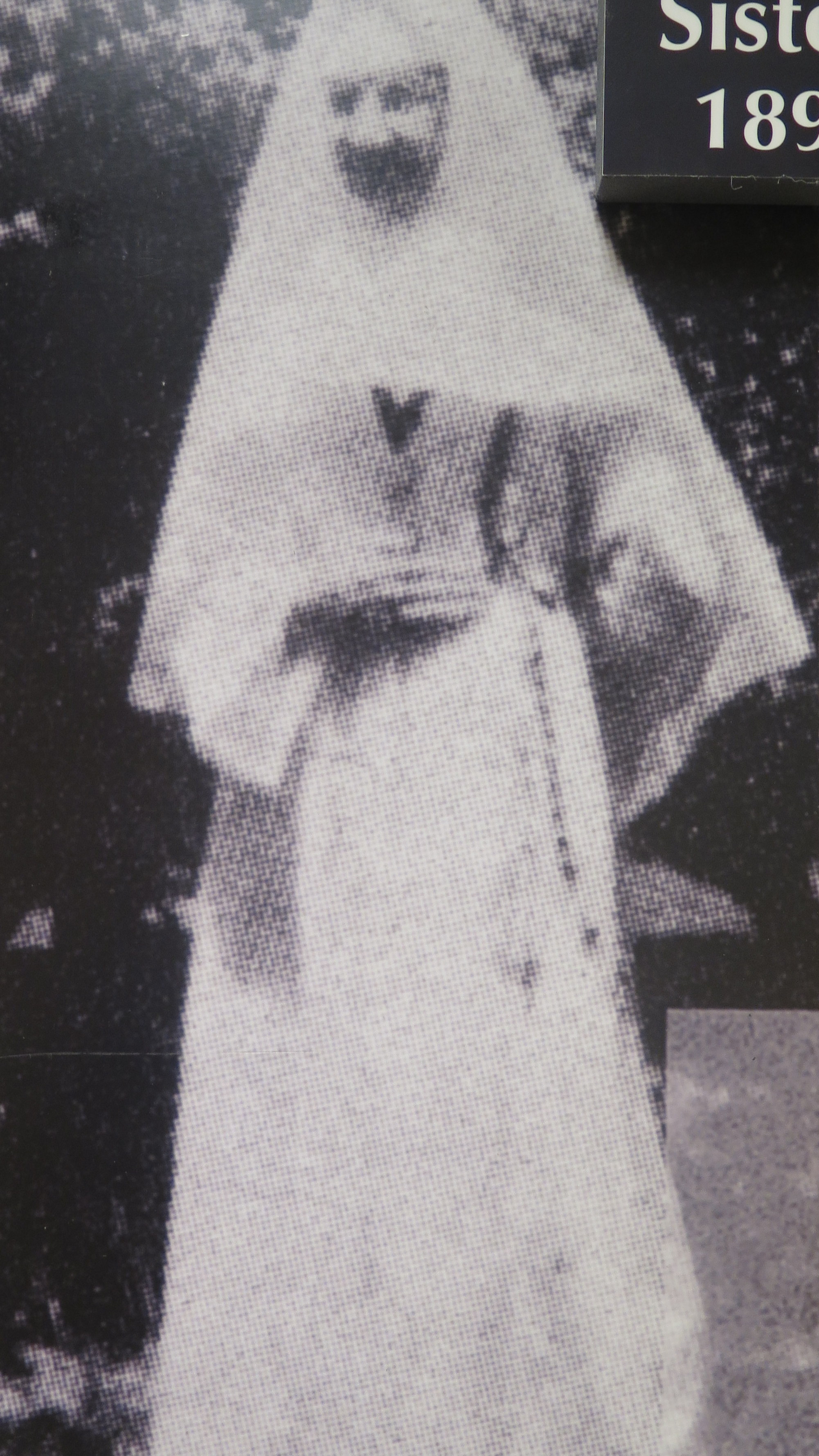 Sister Bartholomea Betzen came to Oshkosh in 1899, immediately after she made her religious profession.  She was assigned to the Sisters of the Sorrowful Mother’s first hospital in Oshkosh, St. Mary’s, where she served as a nurse and also began preliminary training in directing a nursing school.  In 1914 Sister Bartholomea was appointed director of the nursing school at St. Mary’s, and when the Sisters purchased Lakeside Hospital, later renamed Mercy Hospital, she became the first director of the Mercy Hospital School of Nursing.  She served in that capacity from 1928 to 1941.  Sister Bartholomea played a major role in designing the addition to Mercy in 1937 as well as numerous other facilities constructed by the Sisters in Wisconsin.  A later Mercy Administrator, Sister Regina, said of Sister Bartholomea, “Her life has been totally dedicated and committed to God and the sick.” 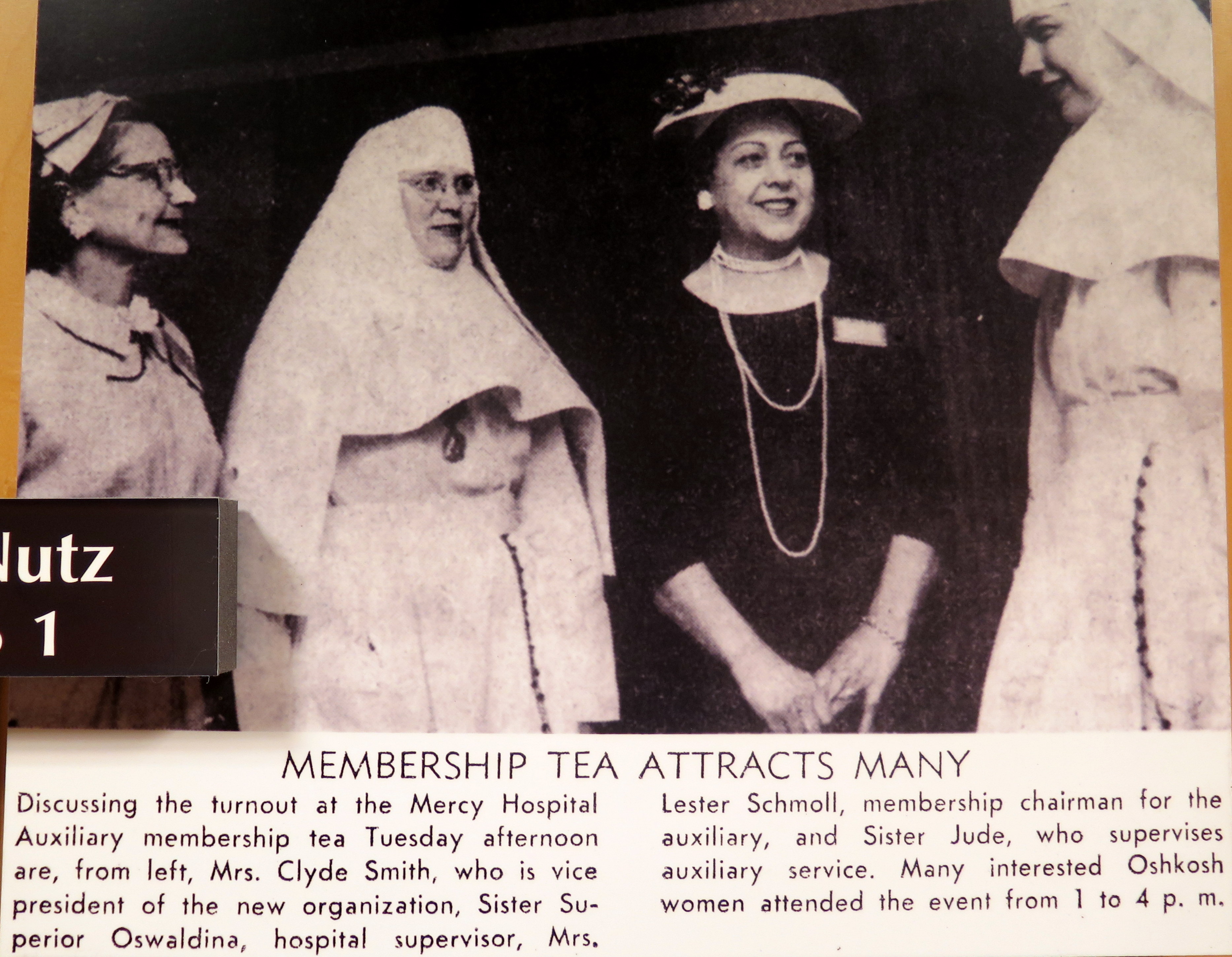 Sister Oswaldina Nutz, administrator of Mercy Hospital from 1957 to 1961, is credited with founding the Mercy Hospital Auxiliary in 1958.  Her purpose, at least in part, was to increase community involvement in the hospital  “The greater the concern the public shows for its hospital, the stronger the spirit of the hospital will be, the better the care the patients will receive, and the greater the feeling of security you will enjoy,” Sister Oswaldina said.  She kicked off a membership recruitment drive with a tea and tours to introduce community members to the hospital.  The Auxiliary project was a success, and in little more than a year there were 163 members.  Today, the told funds raised by the Auxiliary for Mercy Medical Center is well over a million dollars. 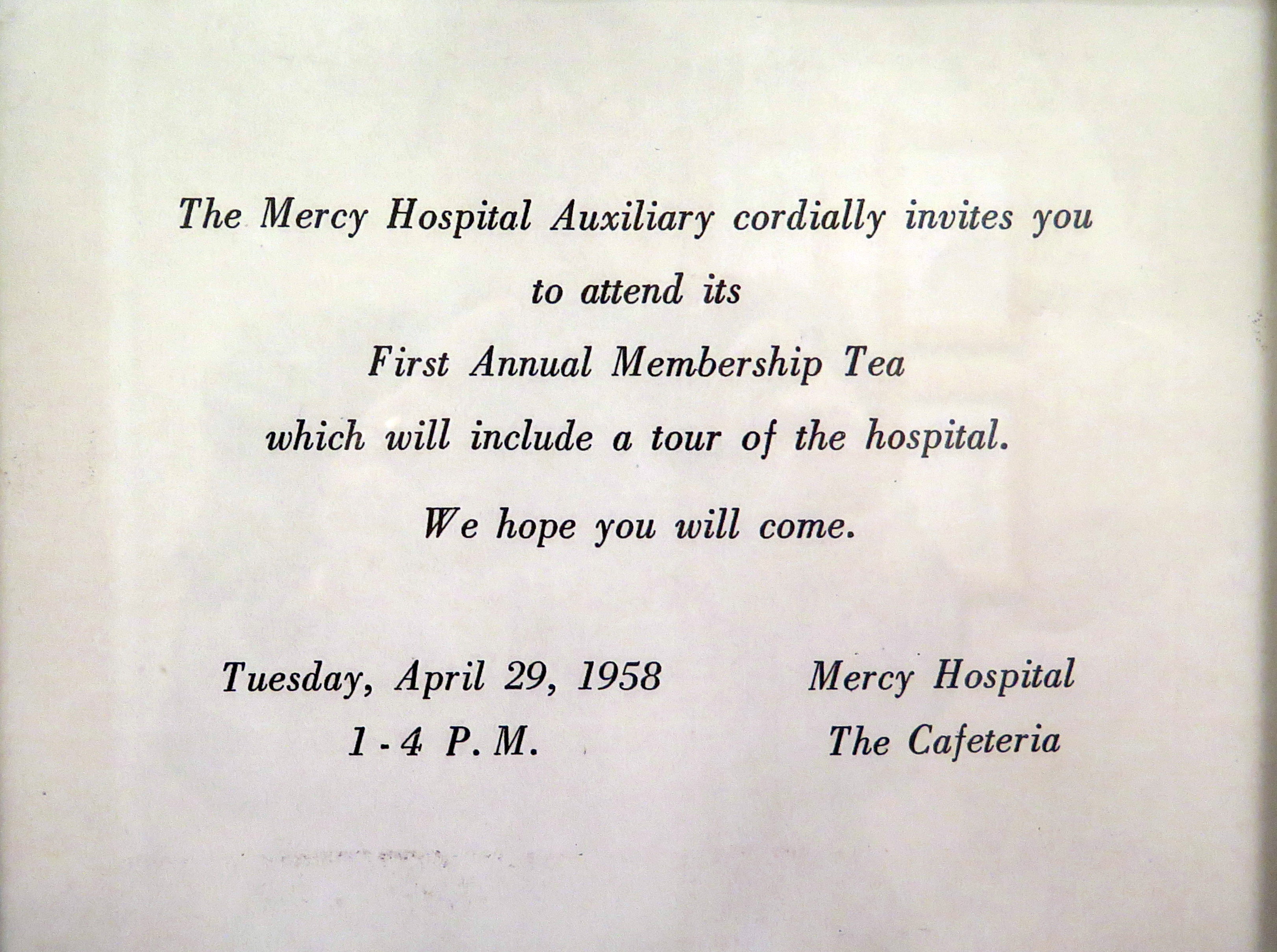 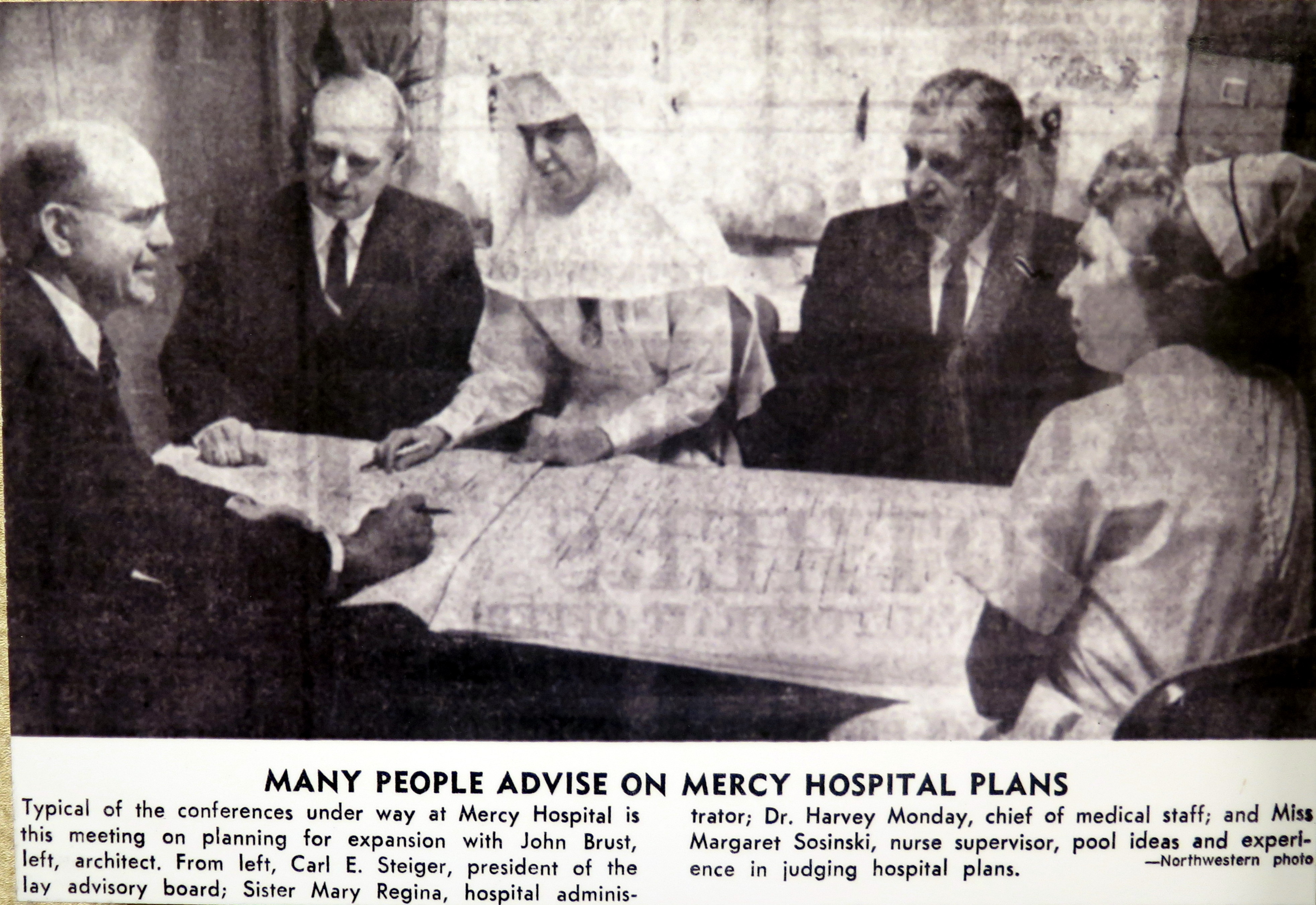 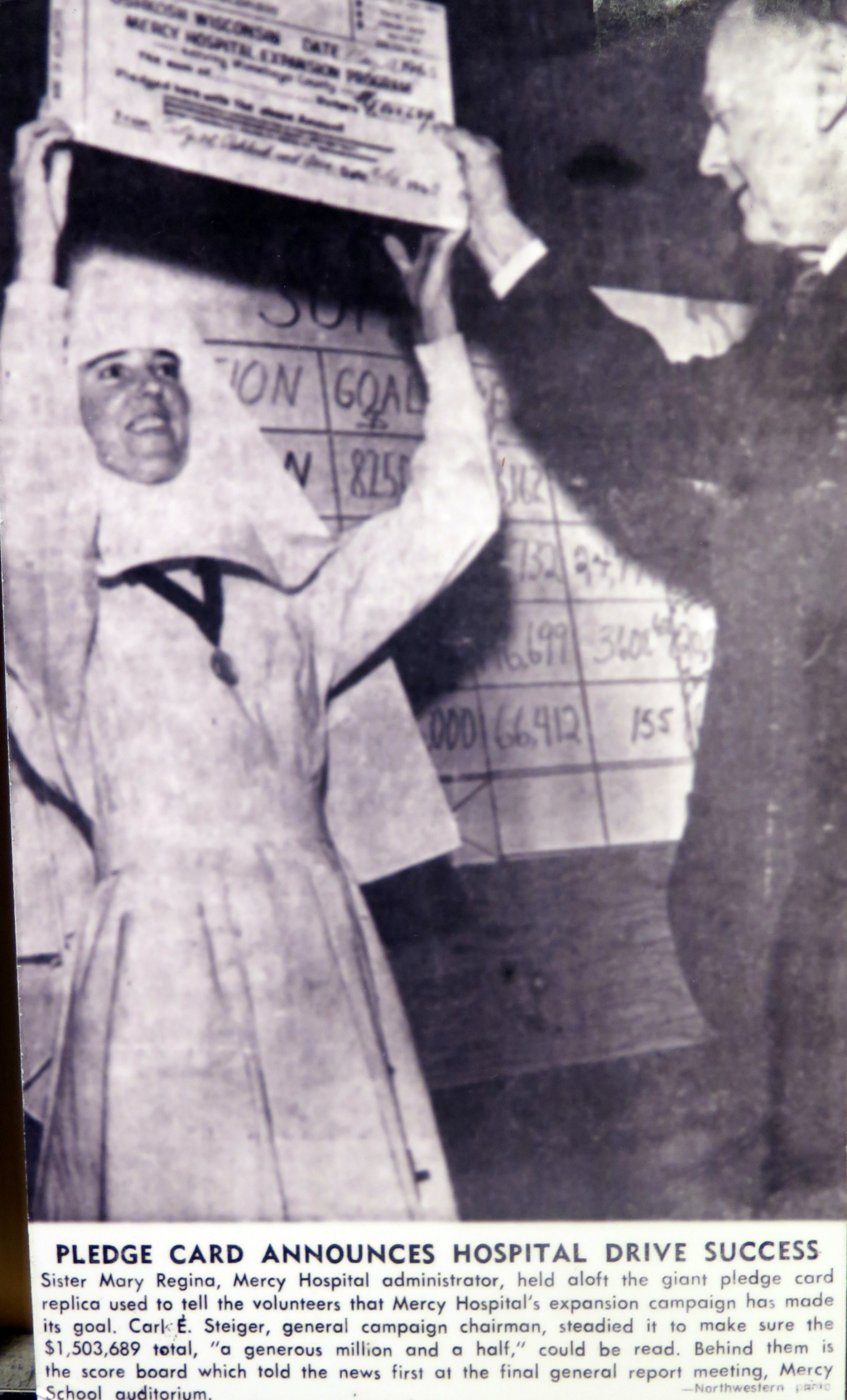 Sister Regina Bruen launched a major expansion of Mercy Hospital during her tenure as administrator between 1961 and 1965.  A community fundraising campaign brought in over $1.5 million for the $4 million dollar project.  Sister Regina emphasized the importance of soliciting employee input to assure that the renovation would result in a practical, workable design with the most modern equipment.  She was a graduate of St. John School of Nursing in Tulsa, Oklahoma and earned a bachelor’s degree at Marian College, Fond du Lac.  Sister Regina also trained in hospital administration at St. Louis University.  In 1965, Sister Regina was promoted to Mother Provincial of the American Province of the Sisters of the Sorrowful Mother.

“It’s nice to know that the work started by the Sisters, so many years ago, will continue in Oshkosh for the next generation…for my grandchildren’s children.” 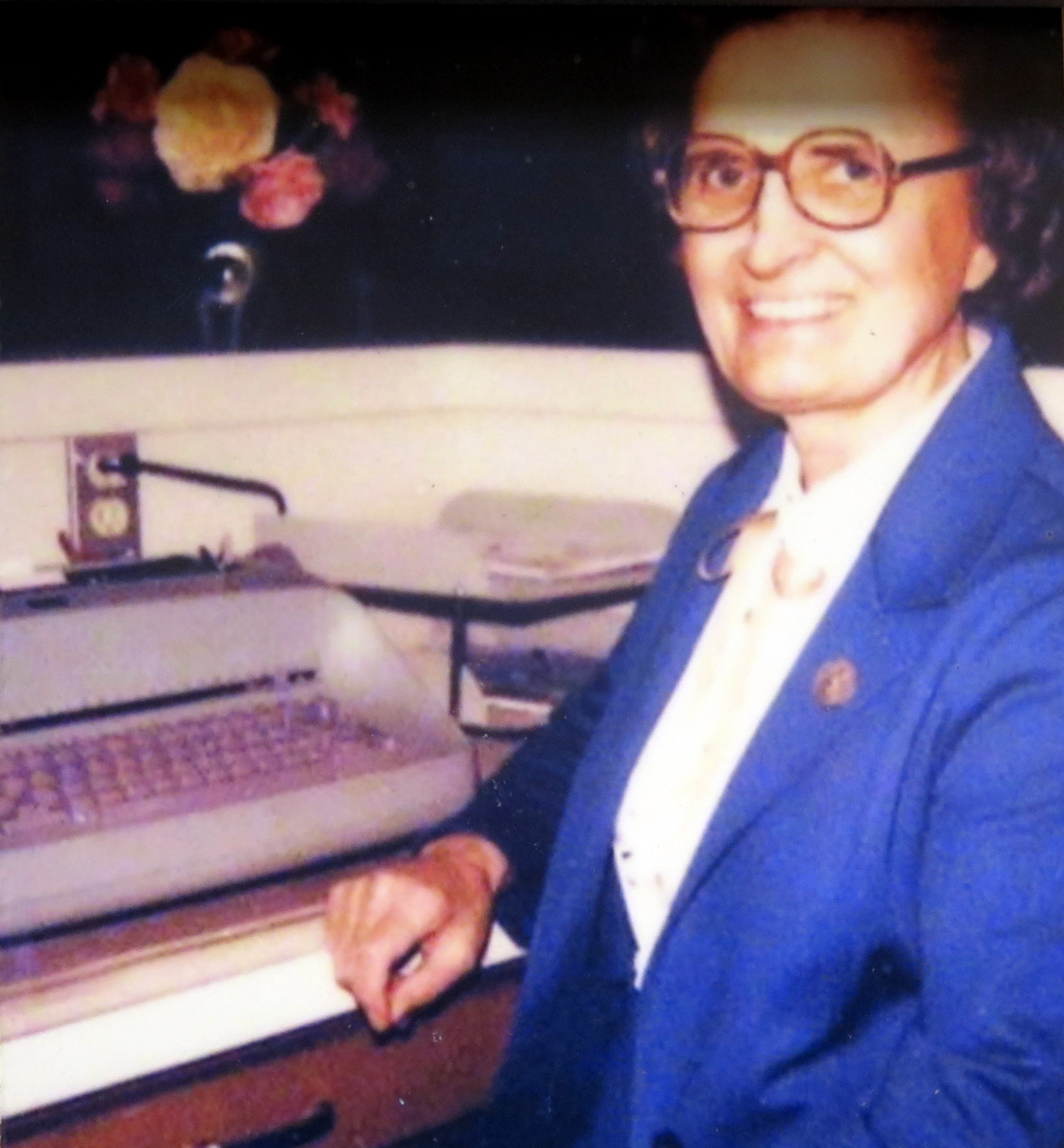 Sister Seraphia Mader served as the business office administrator at Mercy Medical Center for 40 years.  According to a former employee, Sharon Oliver, “Her fairness, dedication, knowledge, flexibility, and experience made coming to work an adventure and a great place to be.  She had all of the qualities of a great director, yet she empowered each of us to make decisions, to grow and to be accountable.”  Even after retiring, Sister Seraphia continued to help out at the switchboard and entrance areas.  She was well known to staff and visitors alike and very committed to making everyone feel welcome at Mercy. 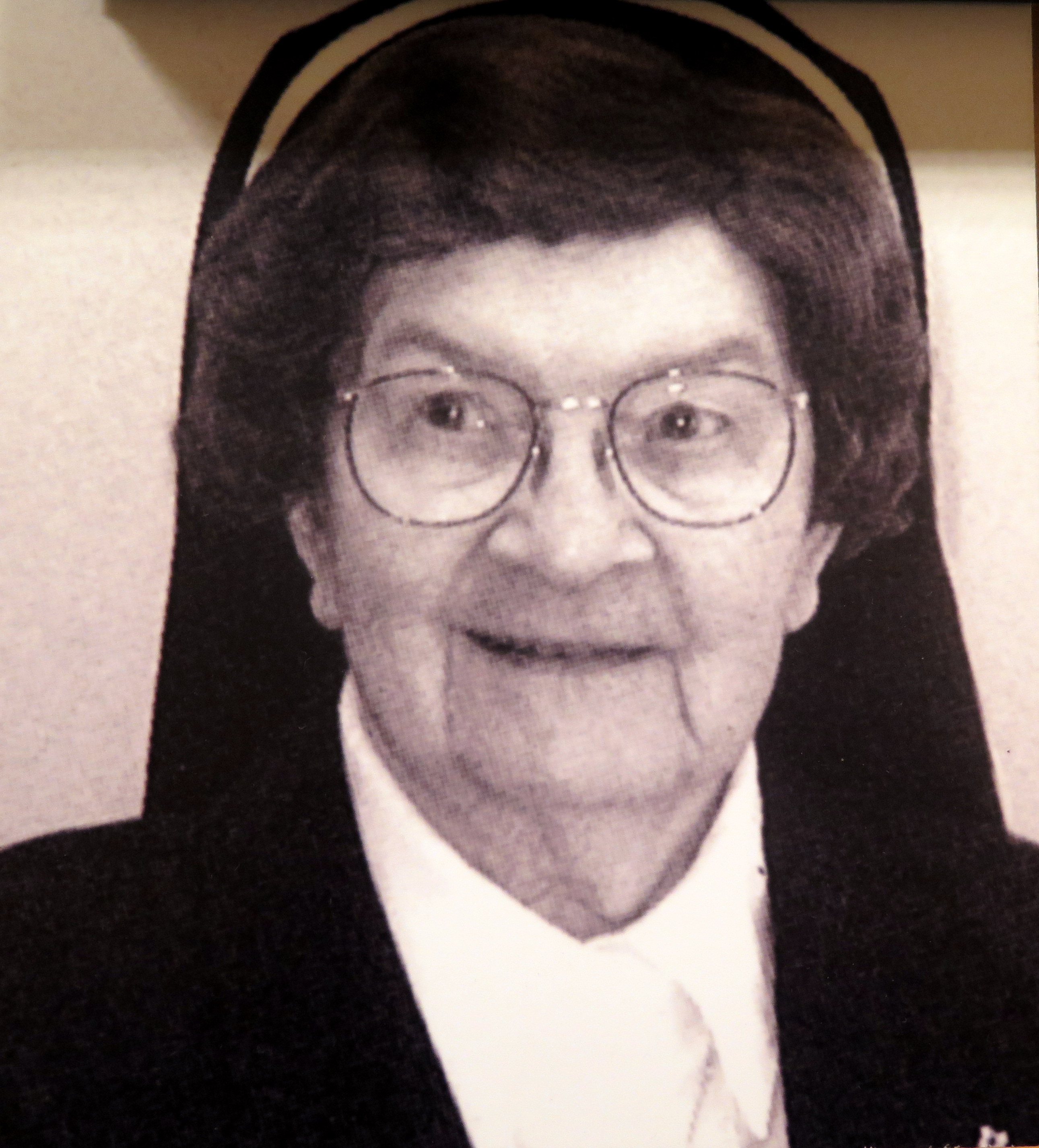 Sister Josepha Wartner was the Medical Records Director at Mercy Medical Center from 1971 to 1978 and then, in 1979, developed the first patient advocate program at Mercy and in the Fox Valley area which later became a model for the state of Wisconsin.  Sister Josepha had a strong belief in the importance of patient input in health care delivery.  She and her staff visited with patients to listen and respond to their concerns.  “I felt that they were under our care, and we had to do the very best we could so they could live their life to the fullest,” Sister Josepha said.  She had the gift of listening and patients found it easy to talk to her.  Sometimes the information Sister Josepha gathered led to recommendations for changing an existing hospital policy or procedure. 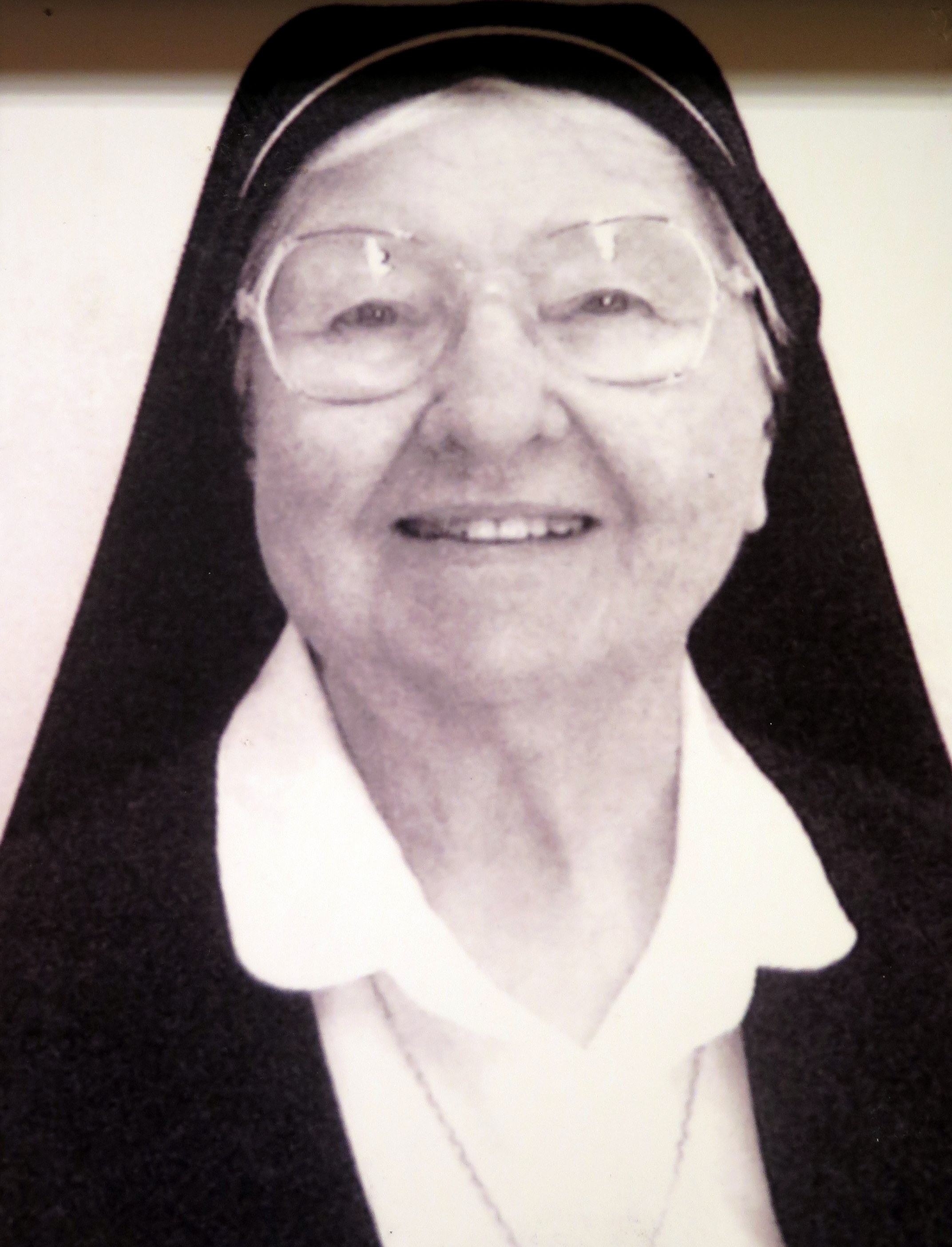 Sister Louan Zebski graduated from the Mercy School of Nursing in 1938 and then received a bachelor’s degree in nursing from Marquette University and a master’s degree in nursing service and hospital administration from St. Louis University.  As a nursing service consultant for the Sisters of the Sorrowful Mother in the late 1960’s, she served as a consultant to all 14 of the Sister’s hospitals in the United States.  In 1970, Sister Louan was appointed director of nursing service at Mercy, a post she held until 1972.  During that period, she became one of the incorporators of the new Mercy Medical Center Foundation.  In 1988 she returned to Mercy to do volunteer pastoral work, primarily visiting and distributing communion to patients.   Sister Louan continued that good work at Mercy for nine years until retirement. 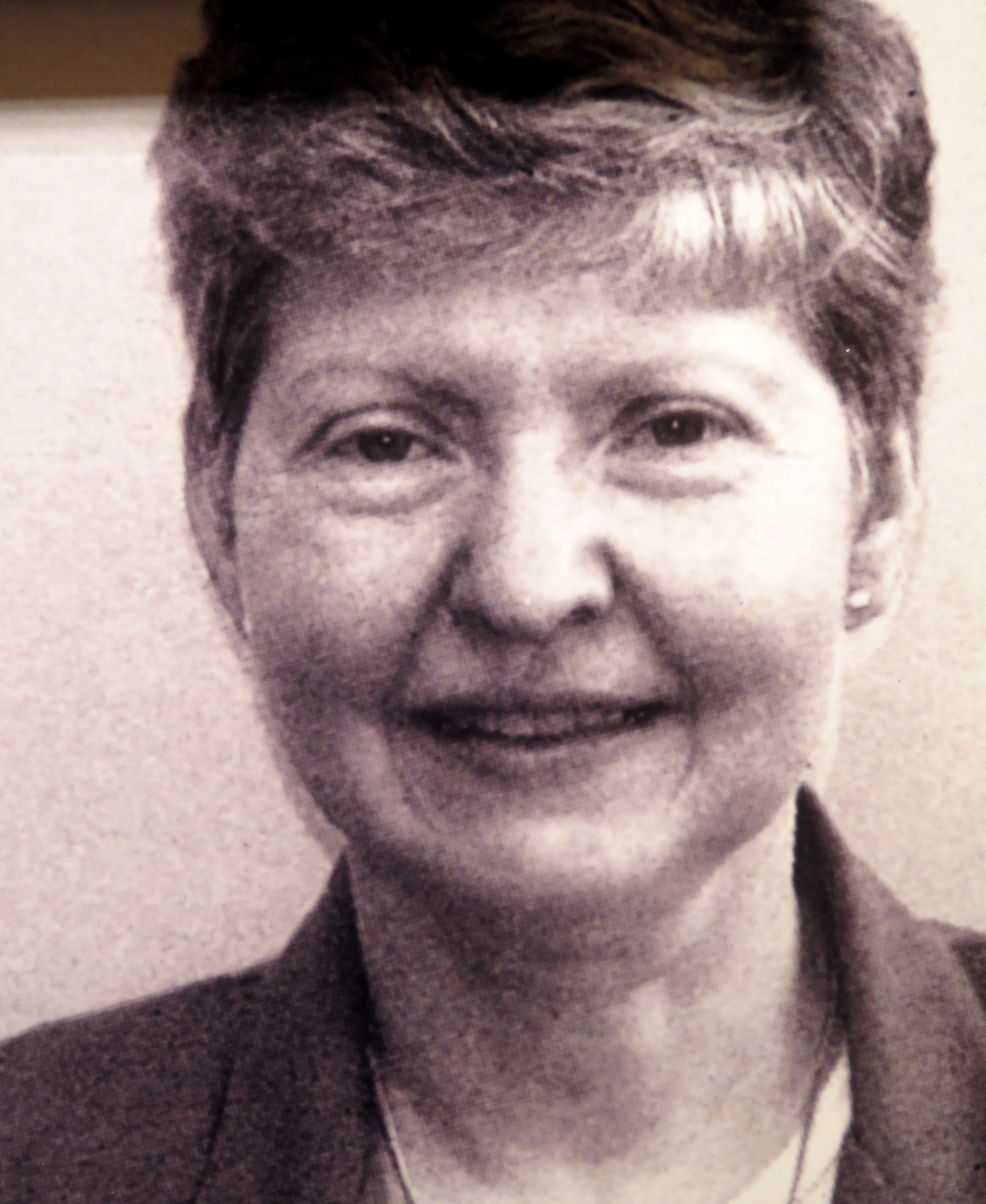 Sister Judith Marie Beck came to Oshkosh to attend the Mercy School of Nursing shortly after taking her vows and stayed at Mercy to work in various clinical units.  She later earned a bachelor’s degree at the University of Maryland, specializing in behavioral health.  She helped establish the Behavioral Heath Unit at Mercy in 1970 and was its first unit manager.  Sister Judy also had the honor of becoming Ministry’s first Vice President of Mission Integration after helping to design and establish the Sisters of the Sorrowful Mother Ministry Corporation, today known as Ministry Health Care.  As the Vice President of Mission Integration, she spearheaded the effort to articulate the Ministry mission statement and values that are still evident in Mercy’s mission today. 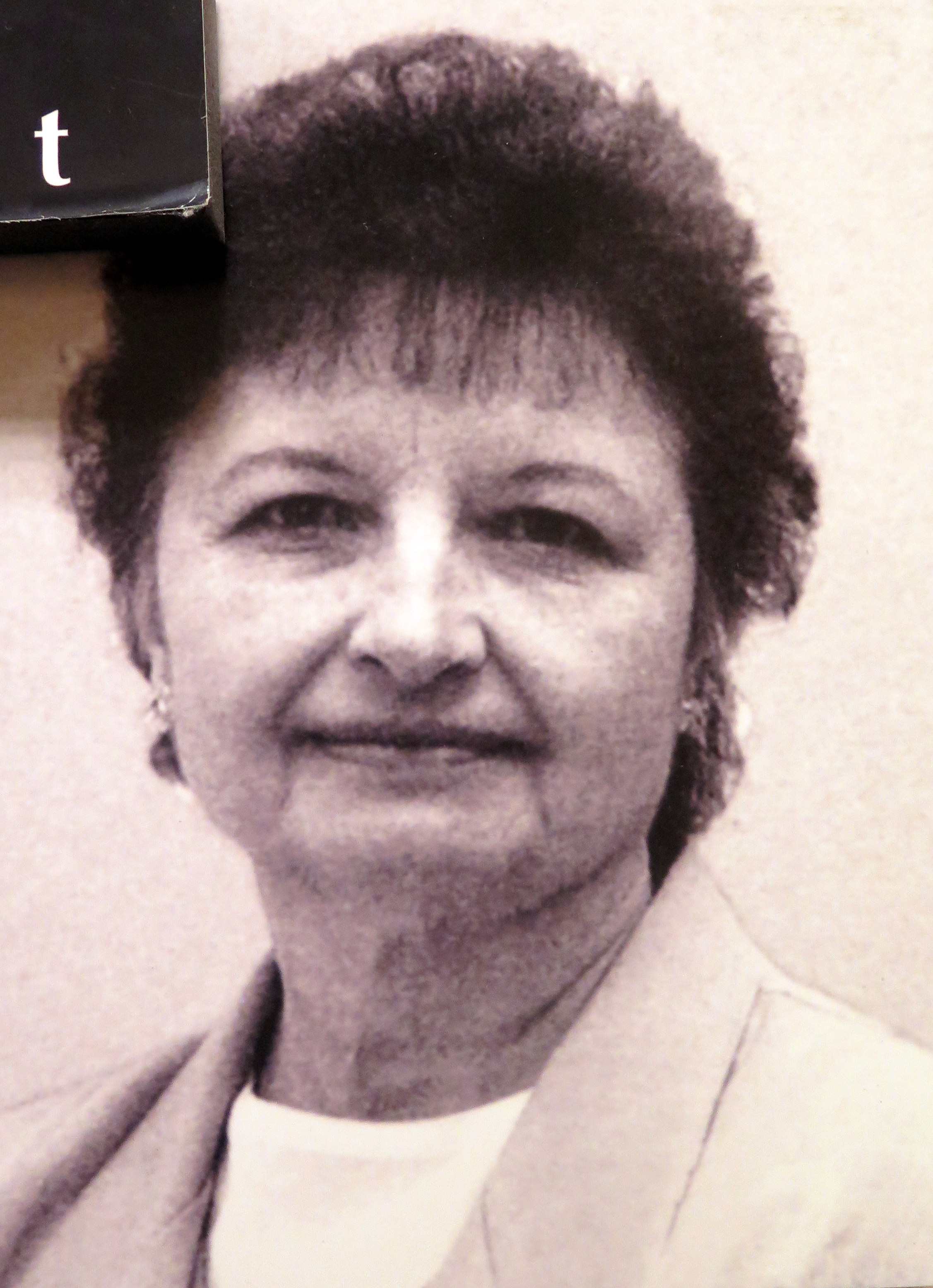 Sister Johnette Marek has continued the mission of the Sisters of the Sorrowful Mother at Mercy into the 21st century.  Her accomplishments include preservation of the legacies of the Sisters who went before her, especially during the transition to the new facility in 2000.  “I take great pride in the dedicated staff at Affinity as they exemplify the mission and values in providing quality and compassionate care to patients, families, and co-workers.  I trust that with God’s grace and the continuing vigilance of our leadership, Affinity will continue in the spirit and mission of its founders,” Sister Johnette said.  She will also be remembered for her involvement in the Christian Environment Committee and Helping Hands Program to assist low income Mercy Employees.  Another project close to her heart is development of an affiliation with Lutheran Homes of Oshkosh in 1990 to provide clinical experience for chaplains; ensuring that Mercy and Affinity would be staffed with qualified and certified chaplains.  Sister Johnette cam to Mercy in 1989 as a chaplain and then served as Interim Director of Spiritual Services in 990 and 1991, and Director of Spiritual Services for both Mercy and St. Elizabeth Hospital between 1994 and 1998. 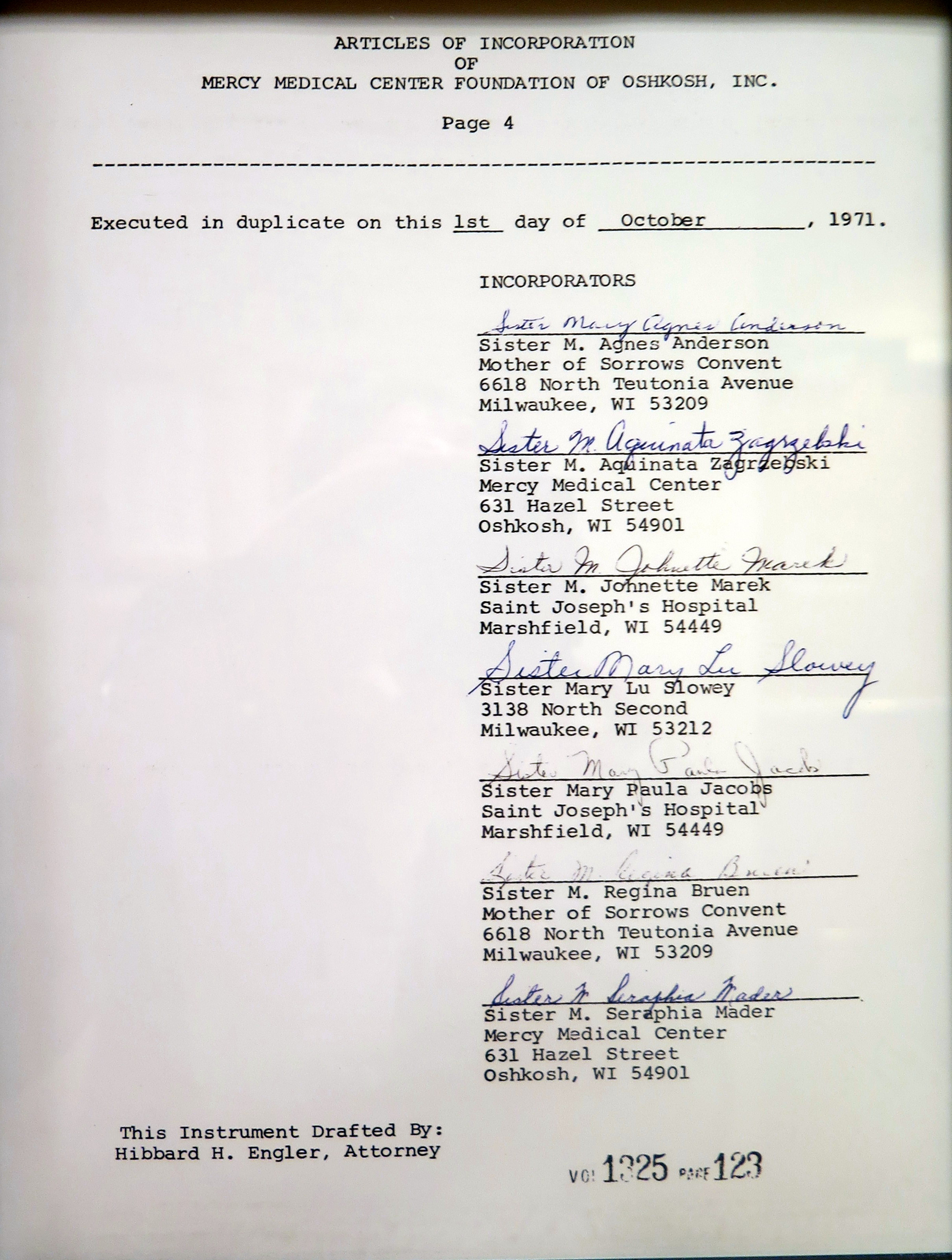