A Day in the Life of a Sister 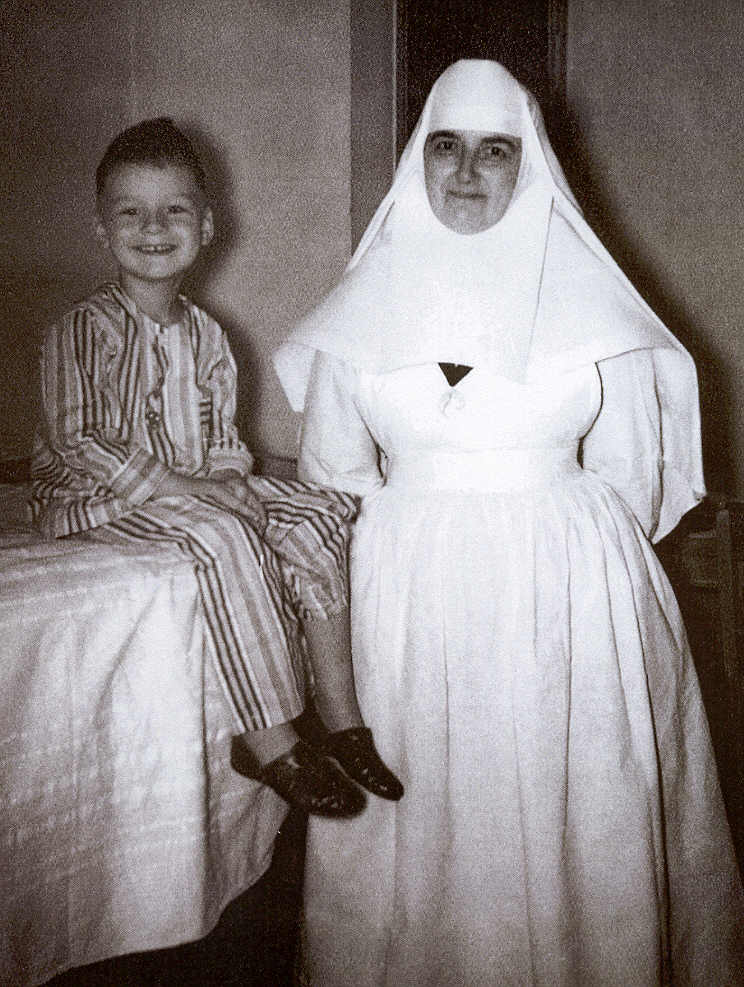 4:45 a.m. In chapel for morning prayer and Liturgy of Hours

11:30a.m.-noon Change back into black veils and attend chapel; visitation to the Blessed Sacrament

Note: This was a typical schedule, seven days a week. There were no vacations, and Sisters could only visit their families every five years. Reminiscing on this schedule one Sister stated, "Now that I look back, we DID do a lot of work. But it didn’t seem like it at the time."

Sisters of the Sorrowful Mother 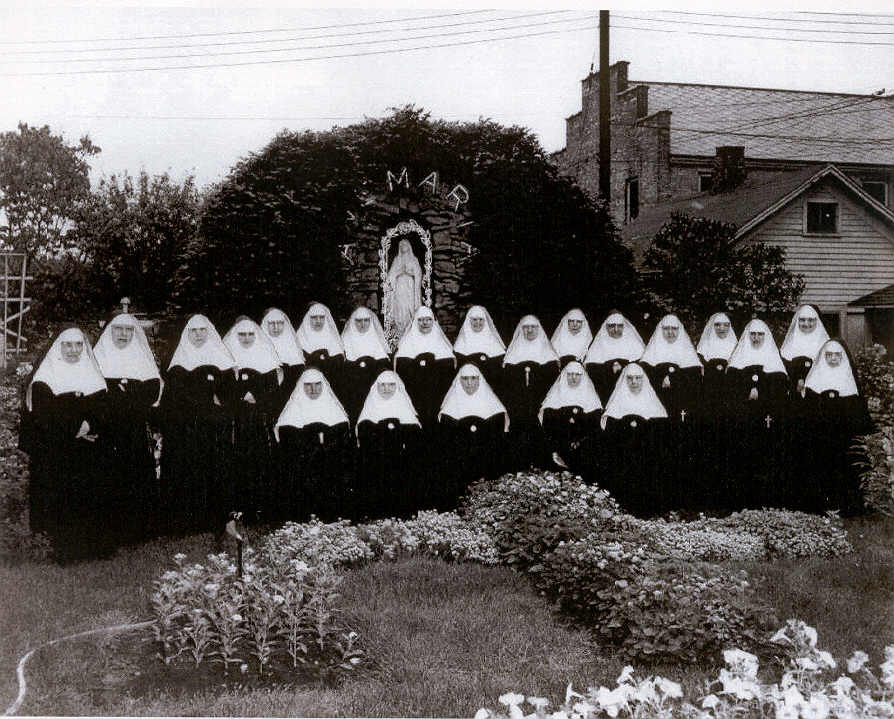 The history of Mercy is filled with stories of how the Sisters of the Sorrowful Mothers, through their labors of love and sacrifice and exemplary faith, helped keep countless patients-not to mention the hospital itself-alive.

It all began on February 25, 1891, when Mother M. Frances Streitel, Sister M.Scholastica Demer and Sister M. Alphonsa Boell arrived I in Oshkosh to establish St. Mary’s Hospital, the Community’s fourth mission in America.

"We left Marshfield in the morning and arrived in Oshkosh toward evening, finding an empty house. We had no bed, no table, no chairs, not even any dishes, except the three yellow crock earthenware and the spoons which we had brought along for each of us! We sat on boxes in the little hut which was built onto the house to eat the lunch we had brought with us from Marshfield. We spread the three blankets, which we had also brought from Marshfield, on the floor for our night’s rest."

The Sisters came to Oshkosh, unable to speak a word of English. They had no idea of how to nurse the sick and were not acquainted with American ways. When Mother Frances made a return visit to Oshkosh in June of 1891, on her way back from Rome,. She found the Superior and the Sisters sleeping on straw stacks in the refectory. Holy poverty was evident everywhere.

The hospital got off to a slow start, since institutional care was not completely acceptable to the public at that time. Most people feared hospitals and got along with home remedies and family nursing. The nurturing care of the Sisters, however, quickly won the respect of physicians and the trust of patients. Within three years, a larger hospital was needed.

In 1895, the first permanent St Mary’s Hospital was completed. The Sisters worked long hours in their new hospital. Often after caring for the sick or assisting doctors, they prepared linens in the laundry or food in the kitchen.

Laundry and Ironing in 1898

"Every laundry day we had to rise early, as early as 2:00 in the morning, to wash and to keep on washing all day long; we needed at least two such wash days every week because washing by hand was a slow process."

Ironing then, too, was a slow process. It often took till midnight to get through with ironing the doctors’ operating room gowns, etc. which all had to be ironed by hand. The irons themselves were of black iron. There was absolutely nothing on them that was shiny, nothing that could be against Holy Poverty".

The improved facilities for performing operations at St Mary’s interested many of the city’s prominent surgeons. Chief among them was Dr C. W. Oviatt, who, along with his wife, did much to help properly train the Sisters. Mrs. Oviatt taught them elementary sickroom diets and American customs. (She convinced these German immigrants that salt pork and cabbage was not the diet to serve postoperative patients who might get sick to their stomach after being anesthetized with chloroform.)

Another difficulty the Sisters faced was how to function effectively in the operating room, wearing their wool habits and veils. Doctor Oviatt pleaded for sanitary uniforms, and Sister M Cornelia determined to carry the problem straight to Rome. Armed with a letter from Dr. Oviatt, she gained the blessing of Pope XIII for the change in habit and the admonition to follow Dr. Oviatt’s suggestions. Pope Leo blessed a gold medal and sent it to Dr. Oviatt, a declared agnostic, to seal the approval. Dr Oviatt wore the medal on his watch chain for the remainder of his life.

Superior M. Boniface Goetz also worked diligently to provide educational opportunities for the Sisters. She hired the first formal instructor in 1902. By 1914, St. Mary’s opened its three-year professional school of nursing. Many Sisters were well ahead of their lay contemporaries in the education they received. Sister Bartholomea, for example, was an architectural planner and was designing hospitals as early as the 1920s. The Sisters were encouraged to study a variety of subjects and were well-qualified to run the hospital. As the years went by, the hospital continued to grow ever larger.

By the 1960s and 70s, insurance was covering more inpatient services and longer stays, with a corresponding increase in patients. Paradoxically, the number of Sisters was dwindling. Families were getting smaller and were less likely to encourage one of their children to enter a religious calling. There were also more career options for women.

Vatican II brought even more changes. The Council recognized that all people are children of God. It promoted ecumenism among other faiths and allowed for more participation in the Catholic Church by lay people. In 1968, the first lay administrator, James Fitzgerald, was appointed to head Mercy Medical Center.

As we enter a new millennium, the Sisters continue to find ways to incorporate their beliefs and values into the programs of today. Just as the first Sisters helped the public understand and accept their role in our community, the Sisters of today are constantly defining programs to help everyone involved in health care share their ministry and carry out their mission.

The future can be daunting, in terms of resources and decisions. There is much incentive to stray off course. But the presence of the Sisters is a constant reminder of the need to do what is right and good. The Sisters, and all they embody, are truly the soul of Mercy.

Sisters of the Sorrowful Mother